So we were looking at how an entire nation can sometimes be misrepresented by supposed nationalist beliefs and sometimes if we don’t like these beliefs it can lead to us harboring a dislike towards potentially millions of people, without even knowing them.

This way of thinking is particularly ancient in this modern times, considering how easy it is to move around to any part of the world you choose, at when you think about the scale of what you have just done (i.e. traveled thousands of miles) at a relatively small cost. In modern society its even easier than ever before to move countries, to emigrate to somewhere you think you may prefer, becoming part of a new country, where you may believe your family and you could have a better life, or maybe you simply wanted a change of scenery.

The point is regardless of whether you were born in a particular country, or moved from another country, you shouldn’t be defined by the beliefs of a few that people can generally believe to be the ideology of an entire nation. Its stupid. Something is wrong here and we need a new way of looking at it.

There should be no such thing as nationality anymore. You are not any more or less English if you were born in England, or moved from any other country in the world to go and live in England. If you leave England to go and live on the other side of the world in Australia, this shouldn’t make you any less English in the same way it shouldn’t make you any less Australian. As i previously mentioned in today’s modern society where it is so easy to move about from country to country and even change the country you live in it means the populations are changing, there is no majority of people who were born in a particular country anymore.

It should be stressed this is not a bad thing. The world is constantly changing, evolving, as it should be. Every country in the world these days has a varying degree of beliefs and cultures from all around the world who have decided to set up life in this particular country, so what right do you, I, or anyone else have to say that they are less from that country, simply because they weren’t born there? You shouldn’t ignore your nationality outright, but why is it allowed to define us?

Conclusions with this come in the form that while we live in a particular country, the values that this once lead to have become somewhat questionable because we live in a modern multicultural, multinational society. Understand that there are other people in the world, in your own country, that may not address and live to the same ideals you or people you know do not adhere to, because they are different, they are individual. They believe their own things and live their own way, so don’t jump to a conclusion on something or someone without have a look at all the information. This will lead you down a path which no good can come of, full of rage and hate.

Choose to think better feeling thoughts, and your Thinking Evolution will not be far behind. 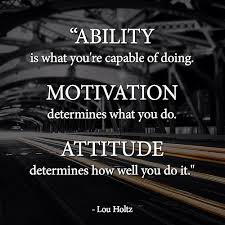