What is addiction? What sort of behaviours or thinking leads people to develop an addiction? What in modern society would could you be considered “addicted” to- beyond the items medically could considered addictive? Cocaine and heroin addictions are at this point at a global epidemic stage with these drugs causing severe harm to the users and the persons around them. However what gets people to this point?

In medical and psychological circles across the world there are numerous arguments being cited- from the idea that there is a “trigger-“an event or act in a person’s life that leads this person to spiral downwards, losing motivation and even hope for where they’re life Is going, so turning inwards to consider what they have lost, and subsequently developing an addiction to that thing, or even person. There is also a recently developed argument cited in genetics research looking at the possible idea that people could have what is considered a genetic predisposition to addiction, possibly in some way there genome is written up that makes it easier for them to be consumer by addiction.

However, the point of any of this isn’t to talk about complex genetics, so let’s move on.

What can people be addicted to, if we look away from the obvious (alcohol, cocaine/heroin, smoking etc.) People could be addicted to a certain way of living, how they are able to do as they please, and take great pleasure in being able to do so, to the point where if this was taken away from them it could be of great displeasure to them.

It could be argued long term heartbreak is the withdrawal from an addiction,  you were with someone and being with them was a great source of pleasure, a way that you were made to persistently feel good, surely this feeling would become what is considered addictive, and the resulting heartbreak could be severely damaging if this feeling wasn’t found again in another part of life.

Heartbreak, in the short term can be very damaging as it can be a very self-destructive time in a person’s life, belief that they weren’t good enough, or did something wrong that led to a partnership that they cherished or even loved to be broken down. This is a major “trigger” factor among numerous cultures and countries due to despair of life not being as comfortable and as rosy as people had gotten used to- therefore this leads to people not being sure how to move on in the long term.

To look closer at the connections we make with people throughout our lives, could it be argued some people have what we be considered by an individual as an “addictive personality?” The idea that your life is more fun, more interesting and perhaps most importantly you feel much happier when this person is in your life, so if they were to leave, the effect on your positivity and state of mind would be profound, to say the least. What is an addictive personality? Is it a general set of character traits, or does it differ depending on the individual’s personality and beliefs?

What do you think? Can people have addictive personalities? Can people become addicted to more than just the usual things modern society consider addictive? Have you ever had to deal with an addiction? 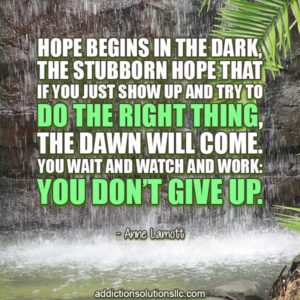